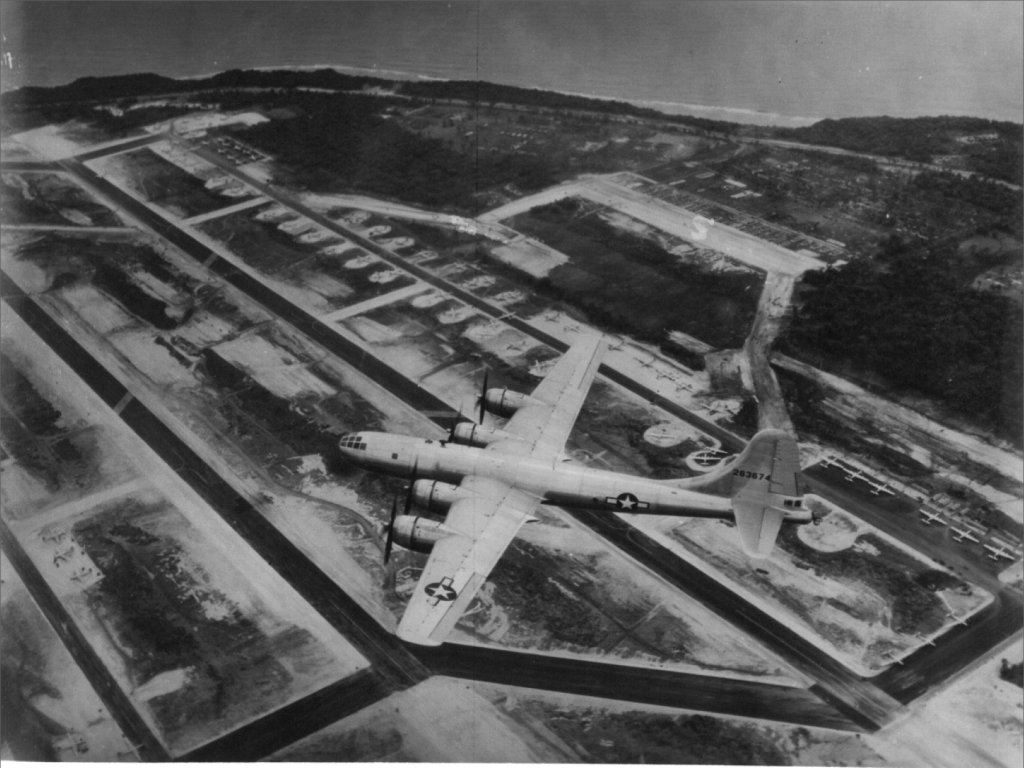 B-29, tail number 42-63674, in flight over Northwest Field, Guam.
Records indicate this particular bomber was assigned to the 315th Bomb Wing, 501st Bomb Group.
Aerial Photos of Northwest Field
Click on the photo for a larger version. Some of these are fairly large files and make take some time to load on a MODEM connection.

Joshua Strang was an Airman First Class when he took the picture of what remained of Northwest Field in 2002.

Robert Ingram Powell was stationed on Guam with the SupRad Navy Intelligence Group during WWII.